RAGE is a groundbreaking first-person shooter set in the not-too-distant future after the asteroid Apophis impacts Earth. In an effort to save civilization; ‘Arks’ are constructed and buried deep underground. These cryogenic lifeboats carry humanity’s future; preserved with the tools they need to rebuild. But when survivors begin to emerge; they find the unexpected. Many humans who were above ground during the impact unexpectedly survived; while horrific mutants roam the dead cities. And a mysterious tyrannical government; bent on creating a new world order has begun the search… for you. 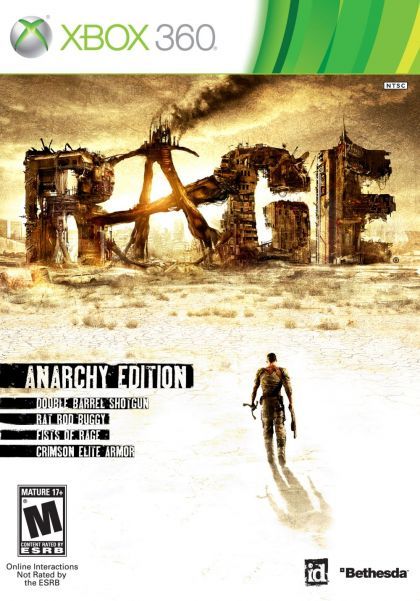