ome say there’s nothing finer than a well-crafted automobile. But with over 150 of the world’s top performing sports cars; luxury autos; modified street runners; rally racers; and prototype evolutionary automobiles; the finer driving experience may be in Gran Turismo™ 3: A-spec. The flawless third edition of the racing series that is studied by all other racing game designers creates a new paragon of graphic and handling distinction. Recreating racing excellence to the last detail of physics and automotive engineering with the assistance of the manufacturers such as Aston Martin; Lotus; Nissan; and Ford Motors; the evolution of racing realism is unmatched by any other game. And with undeniably stunning visuals set in glinting cityscapes and on swirling rally tracks; no game approaches its beauty. Come around a corner at dusk; and blinding sunlight will blaze across your windshield. Whip through country roads and marvel as the reflection of nearby trees gleams off of your sedan. Skid across slick wet roads and watch the spray of your wake douse your opponent in a wall of mist. From the perfect lines of real automobiles settling on their shocks to unprecedented effects only possible with the PlayStation 2 this is the pinnacle of racing. 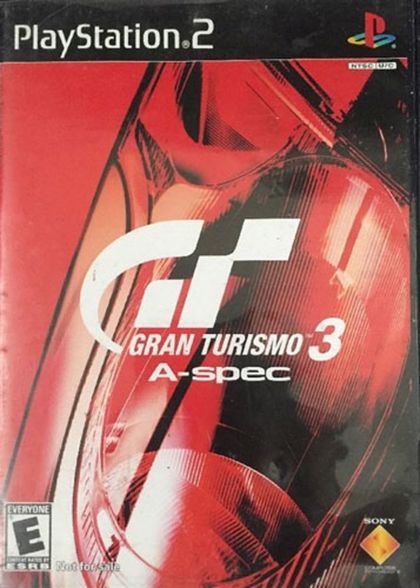