Deus Ex: Mankind Divided directly follows the aftermath of the Aug Incident; a day when mechanically augmented citizens all over the world were stripped of control over their minds and bodies; resulting in the deaths of millions of innocents. The year is now 2029 and the golden era of augmentations is over. Mechanically augmented humans have been deemed outcasts and segregated from the rest of society. Crime and acts of terror serve as a thin veil to cover up an overarching conspiracy aimed at controlling the future of mankind…

Deus Ex: Mankind Divided the sequel to the critically acclaimed Deus Ex: Human Revolution® builds on the franchises trademark choice and consequence action-RPG based gameplay to create both a memorable and highly immersive experience. Players will once again take on the role of Adam Jensen now an experienced covert agent and will gain access to his new arsenal of customizable state-of-the-art weapons and augmentations. With time working against him Adam must choose the right approach along with who to trust in order to unravel a vast worldwide conspiracy. 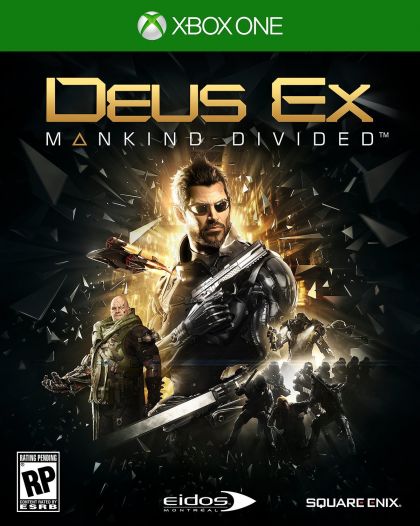