After the great success of the previous Combat of Giants titles; Dinosaurs 3D pushes the thrill to bigger heights by immersing the player in an immersive 3D cataclysmic Jurassic world! Players will discover new exclusive combat features and impressive environments. They will enjoy roaming breathtaking environments and have a great time customizing; controlling and battling giant dinosaurs! Show your mastery in defeating your enemies during real-time combat sessions and unite forces to restore peace on the ancient land. 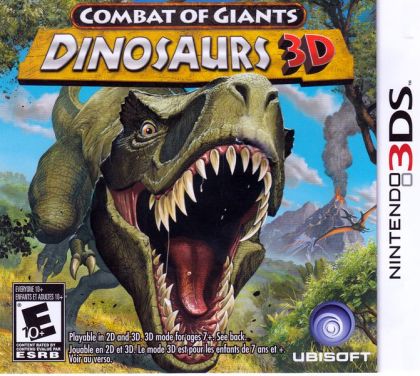