In Cabela’s Big Game Hunter 2010; players seek ‘Super Hunter’ status aiming to take their ‘game’ to the next level and join the ranks of hunting’s best of the best – a club where it takes much more than tall tales to gain respect. Players must prove their fearlessness and ability by successfully bagging the largest trophies in the world’s most rugged regions. The most prized animals can only be reached by climbing cliffs; crossing raging rivers; and facing countless more perilous situations. Brand new elements; such as rewards for successfully using cover to progress through missions and a VITALS system which helps players visualize the perfect shot; promise to make this the most fun and action-packed Cabela’s game yet. 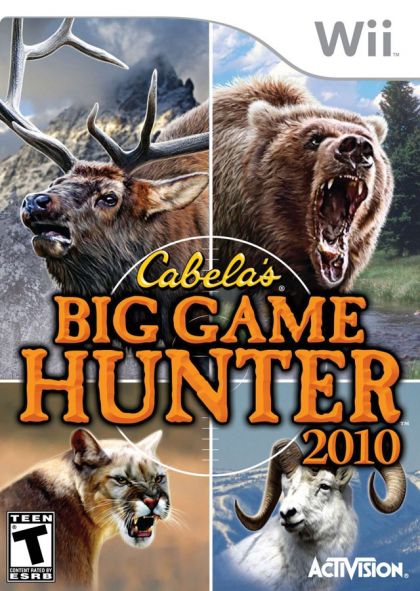