Iterating on many of the engaging mechanics of Angry Birds and Angry Birds Space; Angry Birds Star Wars evolves the core game design and hilarious tone of previous entries in the series with new characters; challenges and environments that pay homage to the iconic hallmarks of the Star Wars universe. This title adds 20 never-before-seen exclusive levels – in addition to the existing 200 from the original Angry Birds Star Wars mobile game – and for the first time ever; multiplayer modes. Play alongside family members or friends in two-player co-op mode to achieve a combined high score or against them (up to four players) in competitive mode. In addition; the game delivers achievements and trophies; leaderboards; high-definition graphics (on HD-compatible systems) as well as unlockable bonus levels; items and content. 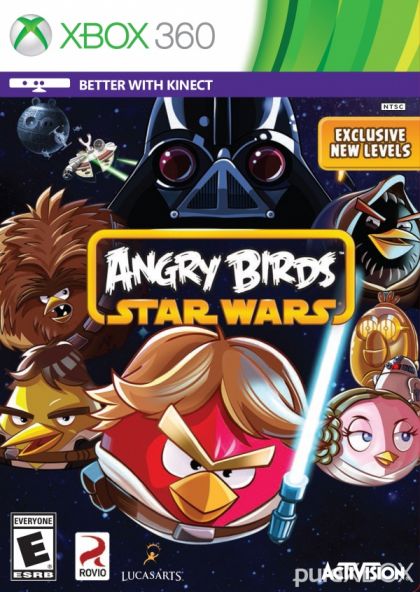